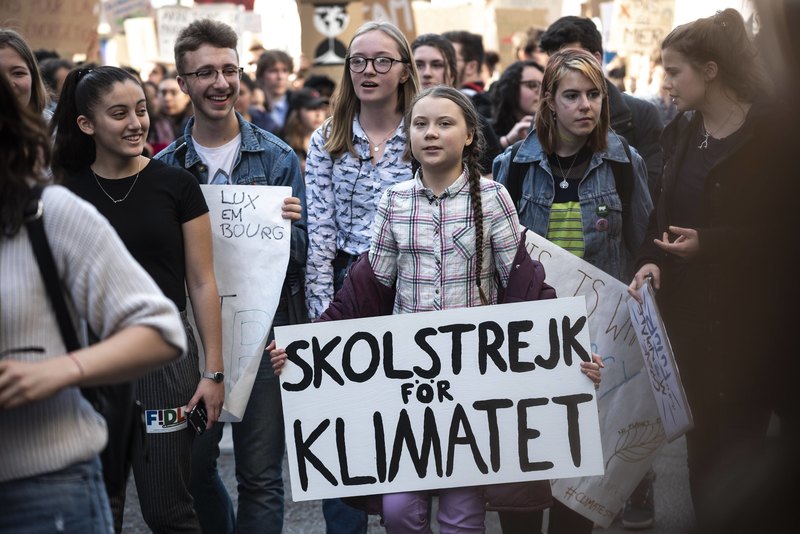 It has been a little over a year since Swedish teenager Greta Thunberg began skipping school on Fridays to hold solo protests outside the Swedish parliament against its alleged inaction on climate change. She has since addressed European Union leaders and crossed the Atlantic on a boat to testify to the U.S. Congress and speak at the United Nations.

Her movement, Fridays for Future, has grown around the world.

Ahead of the UN Climate Action Summit on Sept. 23, young people and adults in 150 countries will take time off school and work on Friday, Sept. 20 to go out into the streets and demand that their governments fulfill their commitments to reduce carbon dioxide emissions. It is expected to be the largest strike for the climate in history.

Ukraine is joining, too.

In Kyiv, at least 1,500 people from all over the country have registered to march from Mykhailivska Square to the presidential administration. A number of non-governmental organizations have also supported the cause.

Anna Bogushenko, 22, a Fridays for Future activist in Ukraine, said the local movement’s goal is to raise awareness that climate change impacts every aspect of life.

“We are talking about health, economy, poverty, crop yields. Our cities are not adapted for climate change,”

Growing up in the industrial city of Alchevsk, now in the Russian-occupied part of eastern Ukraine, she has firsthand experience with air pollution and its negative effects on health. At university, she began learning more about climate change and how little was being done to tackle it. Currently, she is getting her master’s degree in climate science.

“We have to demand political action,” she said. “We have no time to delay.”

In 2015, almost all nations, including Ukraine, signed the Paris Agreement, a pledge to cut greenhouse gas emissions by at least 40 percent below 1990s levels by 2030 in order to keep the rise of global temperatures at 1.5 degrees Celsius.

But climate activists are not satisfied with the Ukrainian government’s weak response.

They want Kyiv to say no to fossil fuels and to stop supporting the coal industry, which has been in crisis for years, and instead prioritize the renewable energy sources. They are also against the state subsidizing farms that produce meat. Another demand is to ban single-use plastics and develop city infrastructure suitable for electric transport and bicycles.

“Ukraine just got a new president, parliament, and government. This is our chance as the public to show them what is important to us,” said Olga Boyko, a 23-year-old activist with the Ecoaction environmental organization.

Ukraine has seen the effects of the changing climate firsthand. As recently as this summer, local scientists recorded abnormal temperature fluctuations, heatwaves followed by heavy rainfalls, floods, hail, tornados, forest fires, and droughts in different parts of the country.

The problem is that the connection between these extreme weather conditions and carbon emissions is not clearly explained, said Inna Datsiuk, a field organizer with 350.org, an international movement that advocates for an end to using fossil fuels and a transition to renewable energy.

“It’s not simply hot weather. The climate is changing, and we are feeling it,” she said. “We would love media to cover climate change, not in the manner of ‘the catastrophe is coming’ but talking about solutions like lifestyle changes, going green, energy efficiency.”

Datsiuk, who has been in climate activism for a decade, said she is happy the climate movement is gaining momentum in Ukraine and that it is driven by youth.